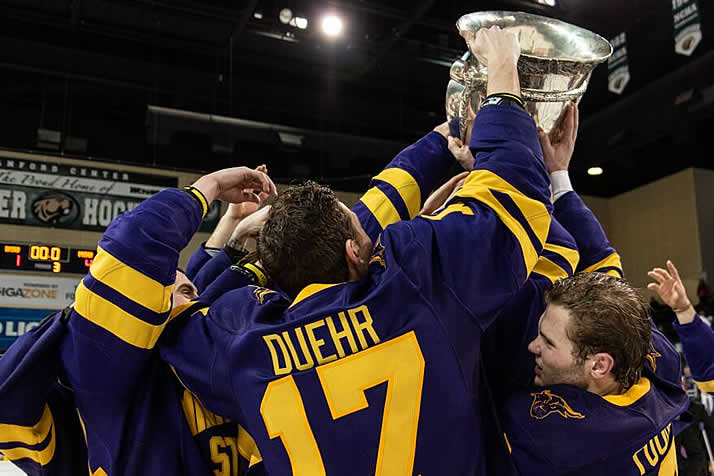 Minnesota State is the WCHA preseason favorite in the media and coaches’ polls.

Five of the six Division I men’s conferences have released preseason polls in advance of the 2020-21 season. ECAC Hockey, which has seen eight of its 12 schools opt out of the season due to the pandemic, is the lone exception. It plans to play conference games between the remaining teams – Colgate, Clarkson, Quinnipiac and St. Lawrence – in the new year.

Defending champions are favored in four of the five conferences that have released polls: American International in Atlantic Hockey, Boston College in Hockey East, North Dakota in the NCHC and Minnesota State in the WCHA. The exception is the Big Ten, where Minnesota is the preseason favorite and defending champion Penn State is pegged for seventh in the poll.