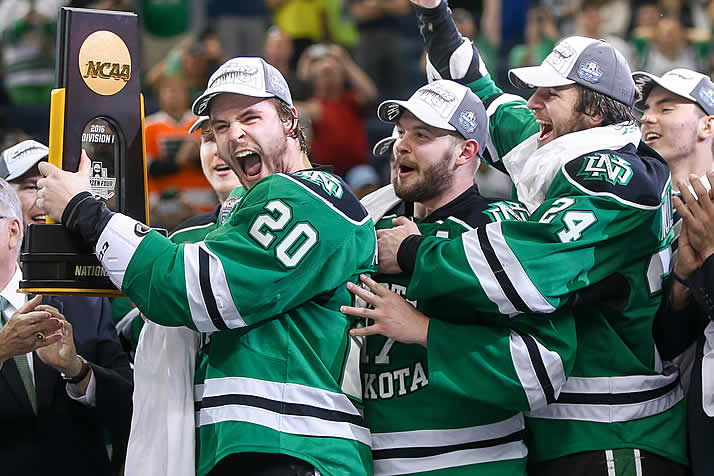 The Fighting Hawks, who return six of the top seven scorers from the team that went 26-5-4 last year, earned 22 of the 35 first-place votes in the poll of coaches and journalists. UND also returns both goaltenders who saw action last season and boasts a freshman class led by No. 5 overall NHL draft pick Jake Sanderson.

The top 10 from the end of 2019-20 make up the preseason top 10, albeit in a different order. Boston College, Minnesota Duluth, Denver and Minnesota State round out the top five.

Cornell, which finished last season at No. 1, stands sixth in the preseason poll.