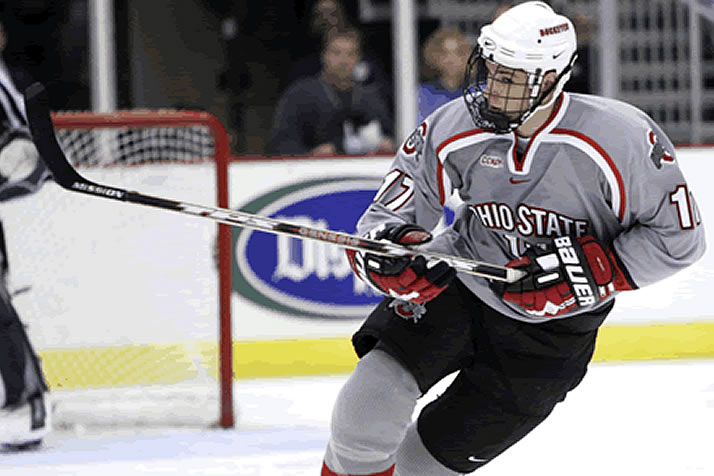 Ryan Kesler was a member of the CCHA All-Rookie Team while at Ohio State.

Fourteen NCAA hockey teams will have former players on the 2014 U.S. Men's Olympic Team, as 20 of the 25 players on Team USA developed in the NCAA ranks.

Among those selected are players who battled with and against each other for conference titles and Frozen Four glory. Twelve of the 20 selections combined for 17 Frozen Four appearances in their NCAA careers, with six of them winning national championships.

Ten of the Olympians were All-Americans during their NCAA careers. Goaltender Ryan Miller, who led the Americans to silver in 2010, is the lone Hobey Baker Award winner to make the team.