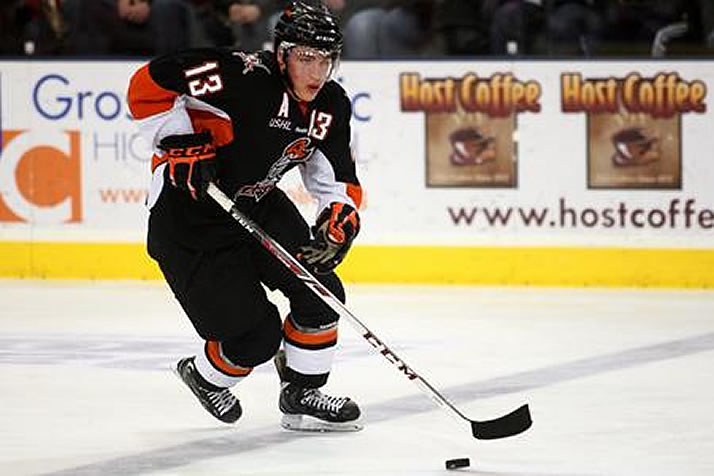 Jake Randolph is one of two forwards from the Omaha Lancers who is committed to UNO and a First-Team Western Conference All-Star.

The USHL named its midseason USHL All-Star Teams for the Eastern and Western Conferences Thursday, a group of future NCAA stars that includes 21 players already committed to 17 different schools.

Eleven of the 16 USHL clubs had at least one player selected, led by the Omaha Lancers and Waterloo Black Hawks with four players each. The selections were determined by voting of USHL coaches and general managers.