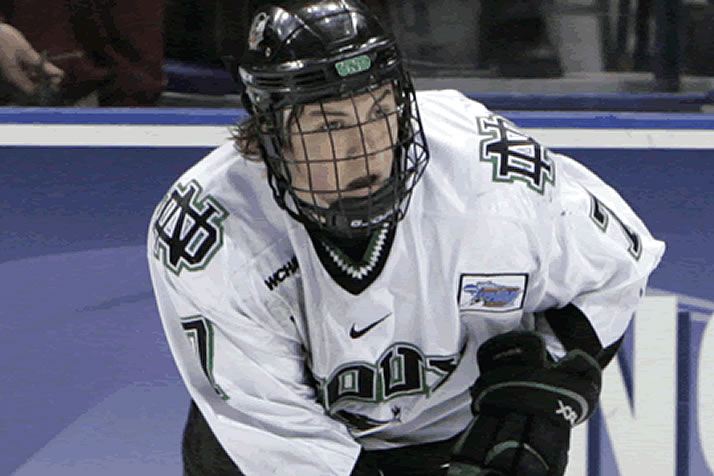 Twenty-seven former NCAA players representing 16 schools will be in action Friday as the last four teams in the 2014 Olympic men's hockey tournament face off in the semifinals.

The United States (20), Canada (5) and Sweden (2) each have former college players on their rosters, meaning that at least seven NCAA alums will skate away from Sochi with medals.

That creates some intriguing storylines, including:

While Canada eliminated the lone current NCAA player from the tournament in the quarterfinals (Latvia's Ralfs Freibergs, Bowling Green), an alum of his school has a chance to exact some revenge. Former Bowling Green star Dan Bylsma is the head coach of the U.S. team, part of a leadership group of managers and coaches that is comprised completely of former college stars.