Leaving on Top - with a Job and Degree
Union's Cole Ikkala will hang up his skates and start a new job after winning the national title. 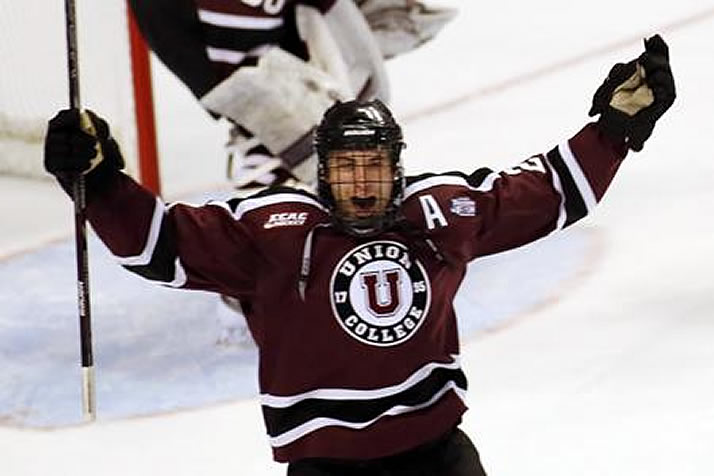 Cole Ikkala celebrates as the final seconds tick down in Philadelphia (Photo by Larry Radloff).

Cole Ikkala is leaving the game on top - as a national champion, with a degree and a job waiting for him.

The final buzzer of the national championship game - pictured above - marked the end of Ikkala's competitive hockey career. As the Dutchmen senior told Ken Schott of the Schenectady Gazette, he'll enter the business world in August when he starts a new job with PricewaterhouseCoopers.

“This is a decision I made before I even came to Union,” Ikkala said. “I knew I was going to quit playing hockey after college. That’s why I chose a school like Union. Obviously, the hockey was great at that point, as well, but I knew that it was a school that would be able to set me up for life after college.

“It’s always hard giving up the sport you played your whole life. But going out on top, I couldn’t be any happier.”

As his classmates sign pro contracts, Ikkala knows where he'll be headed as well. And he'll head there with a national championship ring and a Union degree.