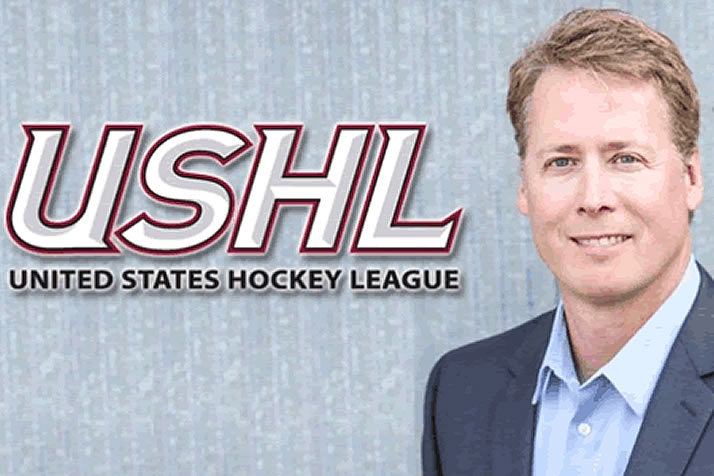 The United States Hockey League today announced the appointment of Bob Fallen as President and Commissioner. Fallen follows Skip Prince, who led the USHL for six momentous years during which the League experienced significant growth in business and hockey operations, along with achieving record numbers in player development.

With professional experience spanning nearly three decades in sports marketing, publishing, sales, media relations, and management, Fallen assumed the League’s leadership position on June 1. He is just the third Commissioner for the USHL in the past 20 years.

“I am thrilled with the opportunity to lead the finest junior hockey league in the world,” said Fallen. “The foundation built by my predecessors, league owners, and the stakeholders throughout the hockey industry have made the USHL an important step along the developmental path for players, coaches, and officials. I look forward to working with our staff, aligned partners, and the international hockey community at-large to build upon our success.”

Fallen has also been heavily involved in hockey at the amateur level. He served for several years on the USA Hockey Marketing Council, supporting various initiatives in marketing, sponsorship, media, and membership development. He has also been a board member for the Upper Midwest High School Elite League, a Minnesota-based league for top high school hockey talent that has helped produce a number of players that have moved on to play in the USHL. Fallen led an effort that significantly increased the Elite League’s sponsorship and media efforts. In a personal role, he is the Director of Skaters Keep Achieving Thru Education (S.K.A.T.E.), a non-profit organization devoted to promoting academic achievement among youth hockey players.

“Skip Prince did a tremendous job elevating the USHL to where it is today and Bob is inheriting a strong league that is on an upswing,” said Brad Kwong, Interim Chairman of the USHL Board of Directors. “But the USHL still has much untapped potential, and we are extremely excited that we’ve been able to attract Bob to be the leader that will help us achieve even bigger and better things during our next phase of growth.”

Coming to the USHL marks a return to the Chicago area for Fallen as he is a native of Glen Ellyn, Ill., and began his professional career in the area after graduating from nearby Northern Illinois University. Early career opportunities encompassed roles for a number of sports management and promotion companies, including International Management Group, Kemper Sports, and Sport F/X, an agency he started which had a client roster that included the National Hockey League, USA Hockey, and United States Hockey Hall of Fame.

Fallen and his wife, Kathy, have two children, a daughter Kelley (25) and son Thomas (23). Kelley played NCAA hockey at the University of St. Thomas in St. Paul, MN and was a four-year letter winner, including serving as a captain during her senior season in 2011. Thomas spent two seasons playing in the USHL for the Cedar Rapids RoughRiders (2009-11) and helped the team capture the regular season Anderson Cup title in 2010-11. He is now entering his fourth season of college hockey at Yale University and was recently named captain of the Bulldogs for 2014-15. He was part of the school’s first-ever NCAA Ice Hockey Championship in 2013 and is among the school’s all-time scoring leaders for defensemen.

Fallen takes over the role of President and Commissioner of the USHL that had been held by Skip Prince since 2008. Prince, along with the USHL Executive Committee, helped lead the national search for the new Commissioner, and he will continue to serve in an advisory role for the League on projects and initiatives.