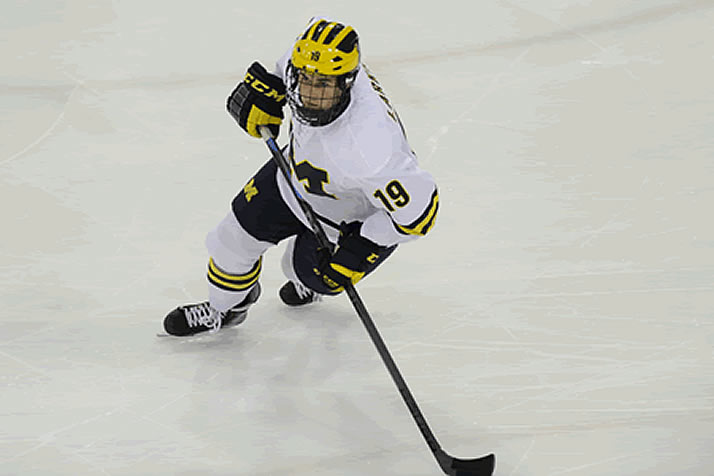 Dylan Larkin, ranked third among freshmen by ISS Hockey, was the first NCAA player taken in the 2014 NHL Draft.

"It looks like very exciting season ahead for college hockey fans," ISS director of scouting Dennis MacInnis said. "This is very strong group of freshmen, led by Eichel and Hanifin who are currently ranked No. 2 and 3 overall here at ISS for the 2015 NHL Draft.

"You also have solid depth with the likes of: