What Coaches Want in Recruiting
We asked NCAA coaches a broad but simple question: what would you like to see more of on the recruiting trail? 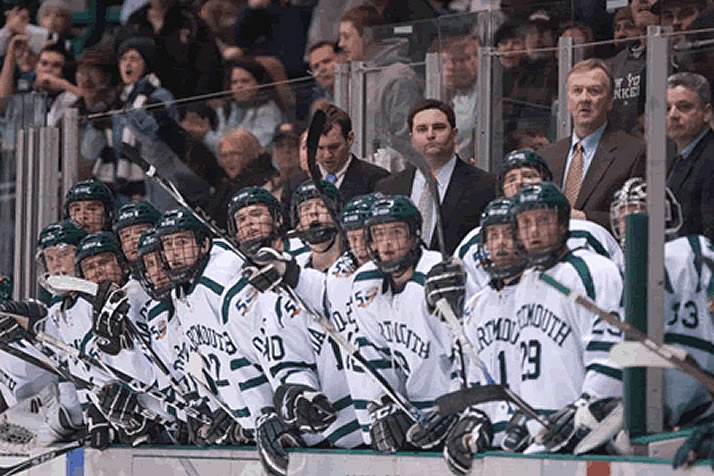 We asked NCAA coaches a broad but simple question: what do you wish you saw more of on the recruiting trail?

Their answers spanned everything from specific skills to character traits. Here's a sampling:

Tom Anastos, Michigan State
“I always like to see that on-ice intelligence and hockey sense – you can never see enough of that. We want guys who can see the ice at an elite level and really make the other guys around them better.”

Mike Corbett, Alabama-Huntsville
“What I’m finding, and we’re in a unique situation, is that kids aren’t up to the challenge of playing for a 2-35 team. I want kids, if they are a skilled player, to come in here and prove that and help build a program. I’m finding that they’re more willing to go elsewhere and be in a supporting role – and I’m not talking about the ‘A’ programs, I’m talking about programs that we will compete with. We need kids who can say, ‘This is the player I can be, and I want to be part of building something.’”

Jeff Jackson, Notre Dame
“I’d like to see more players slow down and take their time making a decision on a school. Don’t worry about the status of when you make a commitment – it’s more important to make the correct decision and find the right fit as a player and a person.”

John Micheletto, Massachusetts
“We really value hockey sense. That’s what will separate a guy who looks great in warmups from one who we will really be interested in recruiting. Hockey IQ is something we really value.”

Jim Montgomery, Denver
“I’d like to see more young student-athletes making decisions on a timetable that’s right for them. When you commit isn’t as important as finding the right place. Parents and student-athletes need to know all they can about a school – socially, athletically and especially academically – for that student-athlete to have success once they get to college.”

Steve Rohlik, Ohio State
“Obviously you want to see skill and character. To me, if there’s one thing missing, I’d love to see everyone take more time and allow the relationship to build between the school, the recruit and the family. If everyone does their best homework and builds that relationship you’ll see much better fits across the board.”

Dave Smith, Canisius
“I’d like to see more players interested in being part of a winner. By that I mean I want to see that team-first, championship-first mentality, as opposed to players who are looking out for themselves.”

Ryan Soderquist, Bentley
“One thing we’d like to see more of from players and parents is more of an open-minded approach. Realize the great opportunities that are available from some of the smaller schools, not just the BCs and Wisconsins. Be educated about the entire player experience, including academically, and consider the whole package.”

Brendan Whittet, Brown
“Lots of kids you see are very robotic and programmed in the way they play. We want to see more hockey sense. If a guy can think the game, he can make up for a lot of limitations, whether it’s size, speed or anything else.”