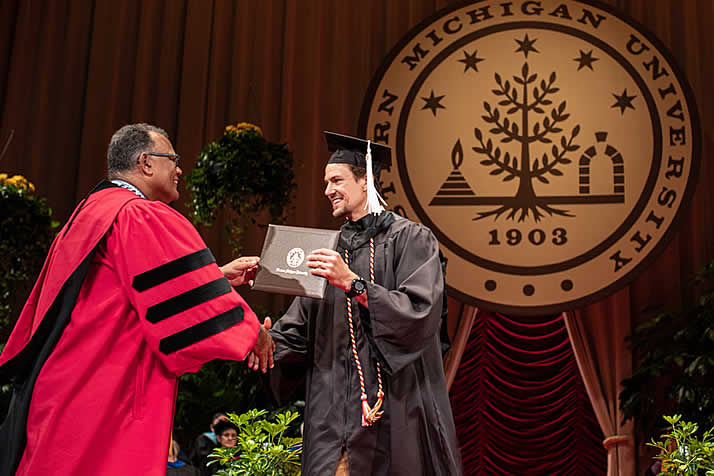 NHLers like Danny DeKeyser have returned to school and earned their degrees.

Men’s hockey’s most recent single-year APR score of 983 for 2018-19 ranked third among men’s sports with 50 or more teams, trailing only golf and lacrosse. Men’s hockey’s four-year average score from 2015-19 is 985, which ranks fifth among all men’s sports and second among those with at least 50 teams.

The APR is related – but not identical – to the NCAA’s Graduation Success Rate (GSR), serving in a way as a predictor of GSR success. Men’s hockey’s 95.8% graduation rate for the most recent study leads all men’s sports and is hockey’s highest single-year number since the NCAA began tracking GSR in 2002.

The calculation of APR also rewards teams when former student-athletes return to school to complete their degree. In the past year players like Danny DeKeyser (Western Michigan) and Devin Shore (Maine) have completed their undergraduate degrees despite leaving school early to play in the NHL.

Not only is hockey excelling on average as a whole, but each of the individual teams has demonstrated success. Across all sports, APR scores below 930 are subject to penalties, but no men’s hockey teams are near that threshold.

Eleven teams – Brown, Clarkson, Colgate, Connecticut, Harvard, UMass Lowell, Michigan State, Omaha, Penn State, Princeton and Yale – had perfect four-year average APR scores of 1,000. Seventy-three percent of all teams (44 of 60) had four-year APR scores above 980 and more than half (31 of 60) had scores of at least 989.