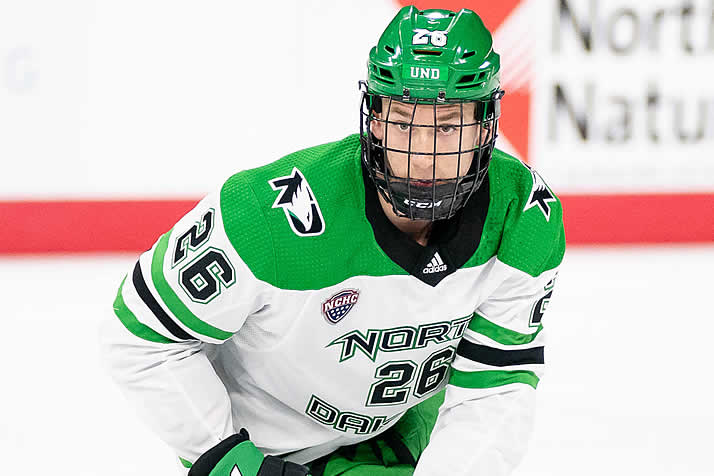 North Dakota’s Jake Sanderson is one of nine NCAA freshmen on the U.S. team (Photo by Mark Kaufmann).

Twelve schools are represented among the 22 NCAA players. Boston College, Michigan and Minnesota lead the way with three selections each, while Harvard, North Dakota, Providence and Wisconsin each have two representatives.

The U.S. will face Russia in its first preliminary matchup on Dec. 25 (9:30 p.m. ET). NHL Network will provide live coverage of all U.S. games in the tournament.