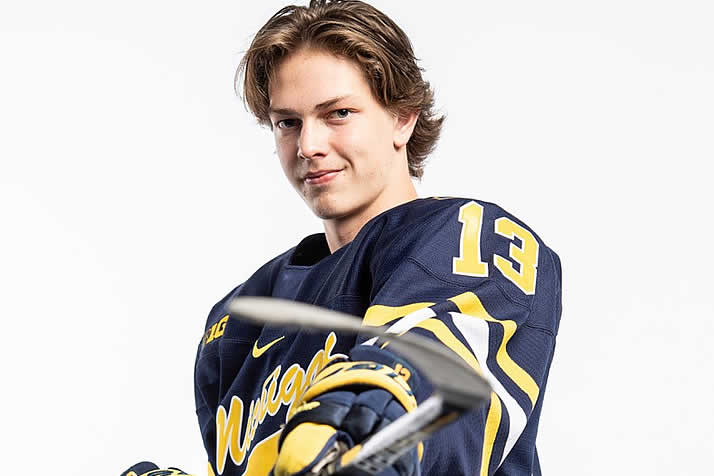 In all, 32 schools – more than half of the 61 in Division I – have a player or recruit on the watch list. Boston College, Michigan and Wisconsin lead all schools with eight players listed, followed by Boston University with seven and Notre Dame with six.

Seven of the players listed have yet to commit to a school but are playing in a North American NCAA-eligible junior league.

The Michigan trio leads a group of 11 current NCAA freshmen featured on the list. That’s a sharp increase from just four freshmen who were on the preseason watch list. Among those added to the list are three freshmen from both Hockey East and the NCHC.

This could be the first time that three current players from one team are taken in the first round. Three previous teams have had two: Ohio State in 2001, Boston College in 2000 and Michigan State in 1990.