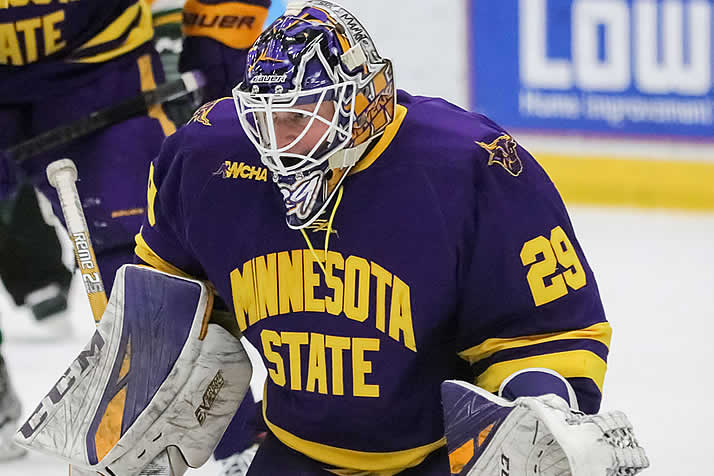 Minnesota State junior Dryden McKay leads the nation with a .954 save percentage.

Thirty-five goaltenders from across the country have been named to the initial watch list for the 2021 Mike Richter Award as the nation’s top goaltender, the Hockey Commissioners’ Association announced Tuesday.

A committee of voters – consisting of coaches, administrators, scouts and media – will select the honoree, to be announced in April in conjunction with the NCAA Frozen Four.

The Hockey Commissioners’ Association will manage the award moving forward; “Let’s Play Hockey” magazine had administered it since its creation in 2014.

“This is a strong group of goaltenders and one of them will join the already impressive list of past recipients,” said Joe Bertagna, Secretary-Treasurer of the HCA. “While we are pleased to assume responsibility for this award, I wish to thank everyone at ‘Let’s Play Hockey’ and the Herb Brooks Foundation who created and nurtured this award for the past seven years.”