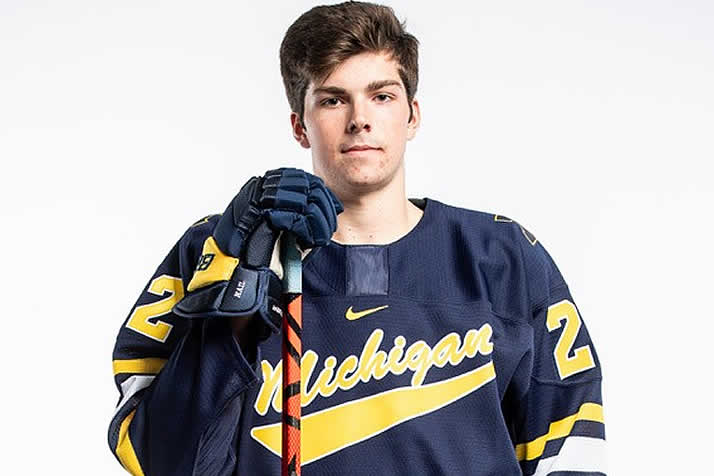 Thirty-one programs have a player or recruit in the rankings, representing more than half of Division I schools.

“For the University of Michigan, this season was a once in a lifetime occurrence where three of the best prospects in the NHL Draft class competed on the same team,” said NHL Director of Central Scouting Dan Marr. “Each plays a different position and style, and all contributed as freshmen. Credit to Coach Mel Pearson for placing them in leadership roles to contribute and develop at the NCAA level. He helped guide them to be the best they could be.”

Boston University leads all schools with nine representatives in the rankings, followed by Boston College and Wisconsin with seven each. Massachusetts, Michigan, Minnesota and Notre Dame each have six players or recruits featured.

Five conferences and independent Arizona State are represented in the rankings.

A few more notes on the 103 players/recruits listed:

Michigan could become the first team to have three current players selected in the first round. Three previous teams have had two: Ohio State in 2001, Boston College in 2000 and Michigan State in 1990. The most players or recruits from one school taken in the first round is four: Minnesota in 2006 and Boston University in 2016.