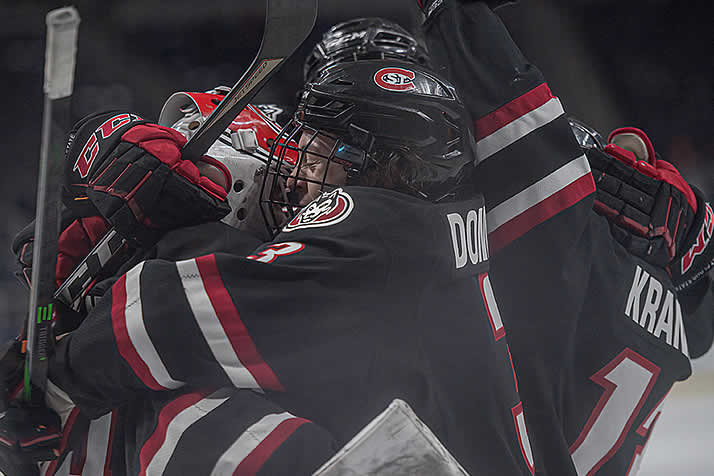 St. Cloud State is picked in the top three of both preseason polls.

Defending national champion Massachusetts starts the 2021-22 season where it finished last April: with the No. 1 national ranking.

Both the USCHO.com and USA Today/USA Hockey Magazine preseason polls peg the Minutemen as the favorites entering the year.

St. Cloud State, Michigan, Minnesota, Minnesota State and Minnesota Duluth were the next five teams in both polls, though the order differed slightly.

The top 10 in both polls were all NCAA Tournament teams in 2020-21. Harvard – which did not play last season due to COVID-19 – was the top-ranked non-tournament team at No. 11 in the USA Today/USA Hockey Magazine poll.

More than half of all Division I programs – 36 in total – received votes for the USCHO.com top 20.