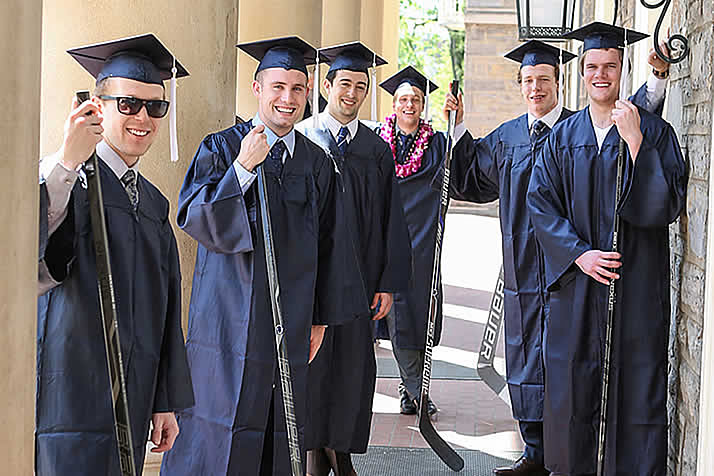 Forty men’s and women’s hockey programs boasted a 100% GSR in the latest data.

NCAA hockey student-athletes continue to thrive in the classroom, well above the national average, according to the most recent Graduation Success Rate (GSR) data released earlier this month by the NCAA.

The figures released reflect graduation numbers among student-athletes who entered school in 2014.

“The success that college hockey players have on the ice gets the most attention but their performance in the classroom is just as exciting and noteworthy,” said College Hockey Inc. Executive Director Mike Snee. “College hockey is truly about reaching your full potential, both as a player and as a student.”

An additional 14 schools had rates of 90% or better.

The remaining seven schools captured in the data had rates of 90 percent or better.

For more information, including the full GSR report, visit https://www.ncaa.org.