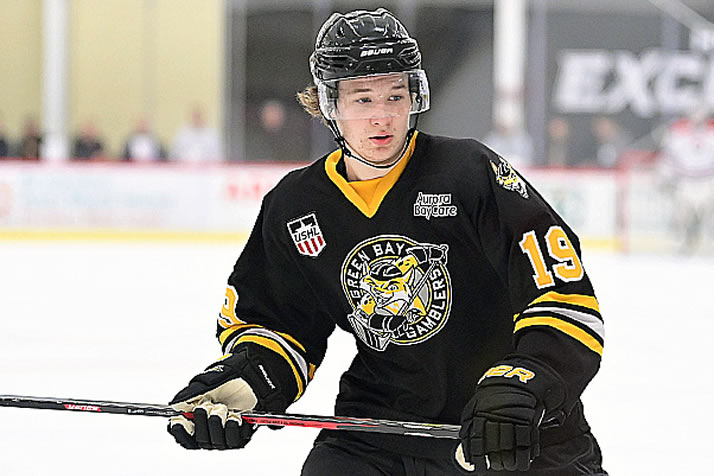 Incoming Northeastern freshman Cam Lund was the first NCAA player selected in the second round (Photo by Dan Hickling/Hickling Images).

Sixty-six current or committed NCAA Division I players were selected during the 2022 National Hockey League (NHL) Draft, which concluded Friday afternoon in Montreal. Fifty-nine of those picks came Friday during rounds two through seven after seven players had been taken during Friday’s opening round.

NCAA Selections in the 2022 NHL Draft

Twenty-four schools had a player or recruit selected, topped by Northeastern with seven. Denver, Harvard and Minnesota each had five selections, followed by Massachusetts, Minnesota Duluth and Wisconsin with four each.